This past week, No Man’s Sky, a much hyped video game years in the making, arrived on PC. I sat queued up at noon waiting for that Steam download button to grace my screen. Refresh, refresh, refresh, repeat. Then boom: there it was. I downloaded, clicked Play, but nothing happened.

For the next hour, nothing happened. After a year of reading about this huge little game, there it was on my computer, and I couldn’t play. Instead, I poked around on Twitter. I read the Steam forums. The problems were nigh universal. (Note: I haven’t used the word nigh in a long time). ((And where does the period go for an independent paranthetical? Inside the parenthesis seems right but looks awkward. Hmm.)

Where was I? Launch problems. Oh yes. People reported crashes and stuttery gameplay. That didn’t bother me, because as mentioned earlier, I had rebuilt my entire computer and knew it could handle anything a game wanted to throw at it. What did bother me was that other people were somehow playing a game I couldn’t launch.

But why was I so excited? Let’s ignore the weeks of struggle I endured rebuilding and upgrading my PC. Instead, let’s focus on the game itself.

No Man’s Sky promised to be a game of exploration. New worlds, new beings, new galaxies. It would be the realization of so many adventurous childhood dreams. Like reading, games have the ability to offer experiences you’ll never encounter in the real world. I enjoy gaming for the same reason I enjoy reading. I like to live those fantasies, to learn in new ways, to gain knowledge, to experience life from another point of view.

I’m not a huge fan of most modern games, especially first person shooters aimed at killing quickly. For starters, I suck at ’em. Too slow at the controls. More importantly, they don’t transport me to other worlds the way a strategy or role playing game does. Why?

I suspect it’s because a game with countless deaths and constant respawning destroys the illusion of reality. Too fake. Too impossible. To feel like you’re living another life in an alternative reality, to lose yourself in that reality, it must have rules, and those rules must adhere to what we know about life and, to a lesser degree, physics. Sure the rules can stretch a bit, and reality can be bent, but the further each one stretches, the further each one bends, the easier it is to be jarred out of the fantasy.

I looked forward to No Man’s Sky because, while it most certainly bends some rules, I hoped it would keep me locked into its world. I hoped its reality wouldn’t be stretched too far. And I hoped I’d explore the universe in a way I never thought possible. (These hopes sound bigger than they actually were. It’s just a game, after all.)

Eventually, after an hour of failing to launch, a forum user tipped me off to a missing C++ redistributable package. I downloaded it from Microsoft, installed it, and I had lift off.

I spent six of the next nine hours immersed in another world. My total gameplay is currently around 15 hours. I have a long way to go, but I’m enjoying the ride.

As others have pointed out, the game gets a bit repetitive. Blasting at pillars of rock in order to earn money. Constantly managing resource inventory to avoid a slow jaunt back to camp or the nearest space station. Nifty spaceships to buy that are either too expensive or too identical to your current ride. A bit too much mundane monotony. Reality isn’t bent far enough in this case.

I learned the hard way what happens when you die. Thankfully, it’s not too severe.

I’ve died once. That’s better than the “die every minute or two” you’ll find as a mediocre participant in most multiplayer FPS games. This death was the result of a simultaneous attack by creatures and sentinels. I shouldn’t have died. I got careless. The game kicks you back to your previous restore point, and henceforth a grave marker haunts you, pinpointing your not-exactly-final resting place every time you turn toward it. I felt an odd time-travelly desire to lay flowers on my own grave, but I had none. Maybe Thamium will suffice?

I’ve also restored once without dying. I got greedy and mined gold too long during a storm. By the time I bolted for base, my radiation protections were failing faster than I could run. I dove into the nearest cave to stabalize the radiation issues, and I subsequently got lost in the cave. An hour later, after running in endless circles and hitting countless deadends, I conceded and restored. Basically, it’s the same result as dying but without the annoying grave marker to follow you around.

This is the point at which others have waxed poetically about the game’s sense of exploration, the intoxicating loneliness of isolation, the strange claustrophobia of expansive emptiness. I’m not going to do that. I’ll get melodramatic. I’ll spout careless and flawed hyperbole. (I already did. There’s no way expansive emptiness causes claustrophobia. I’m sure psychologists have a properly termed phobia for the fear of wide open spaces, but I’m too lazy to look it up.)

What I will mention is the sense of wonder I feel while playing it, because the wonder exists on multiple levels.

First, there’s the expected wonder at the size of the universe. As you blast from solar system to solar system, galaxy to galaxy, your progress on the galactic map is almost imperceptible. You emerge from hyperspace into a small system of three planets, all of which loom large in your field of view as they dance through space with orbiting moons you’d get lost on for hours. You point your ship in the direction of a big planet, and you’re told it’s ten hours away. These are real time numbers. Ten hours of watching that planet get bigger on your screen until you crash into its atmosphere. Your brain has difficulty processing the scale. Thankfully, the creators provided a pulse engine to cut the travel time to under five minutes, but these moments of scale occur constantly, and each one forces your brain to blink.

You may land your ship on a planet and explore for hours. The planet feels massive. You can’t run to the horizon any more than you can in your own front yard. When you take to the air again, however, you realize the area you explored was nothing but a pinpoint on a planetary map. Of course, we see this every time we look at a map in the real world. Chicago is a tiny dot on a map of the United States. But the transition from land to air (and the freedom to go anywhere, unlike our restricted form of air travel today), the transition of scale, can’t help but generate awe.

The other wonder is of a more technical nature. I’ve spent a lot of my life around computers. Some of my earliest memories involve writing BASIC with my dad as a kid. Yet I’ve never been involved with game development. No experience at all. I don’t understand gaming engines, and, even though I may be able to convince myself of the basic tenets, I probably don’t know a thing about game writing or story construction.

Regardless, the wonder here is less about game development and more about the technology behind the No Man’s Sky universe. I can wrap my head around the procedurally generated landscapes and the procedurally generated ships and creatures and aliens. What I can’t quite wrap my head around is the size of the data. 18 quintillion planets, each with its own collection of 20+ unique creatures and flora, each with its own random outposts and monoliths, each part of a larger solar system with space stations, moons, asteroids, etc. Plus the activity tracking of all these players as they discover planets, explore them, make discoveries, interact with non-player characters, and die. The scope is breathtaking. Theoretically, all that data would dwarf Facebook and Google, but that’s where “procedurally generated” comes in. I imagine none of that data is stored (as more than a calculated algorithm) until a player discovers it and uploads her discoveries. Still, as a purely technical achievement, I’m fascinated and astonished.

So that’s my current take on No Man’s Sky. I am by no means a typical gamer, but who cares. The slower nature of this game appeals to me, as do the technical achievements of it. Aside from a few fantastical elements, the game follows the generally accepted rules of the universe closely enough to not be jarring (except maybe for the lack of a gravity engine).

Most of all, I enjoy the sense of exploration. It’s escapism in a way, but it’s escapism with wonder, escapism that stimulates the imagination, escapism that feels educational and philosophical and introspective, and that makes all the difference. 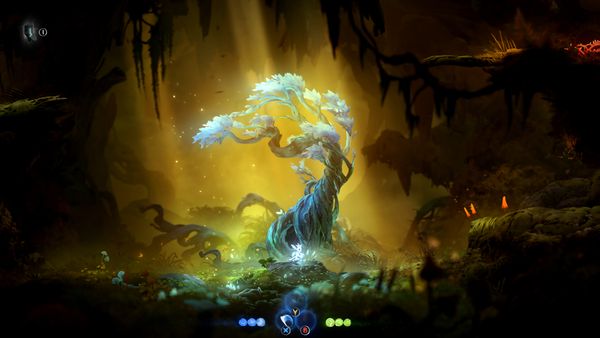